Email Catriona: catriona.simons@guinness.org.uk
Catriona is the Group Chief Executive of The Guinness Partnership and also an Executive Board Member. Before being appointed Chief Executive in 2015, Catriona had been Deputy Chief Executive since joining Guinness in December 2009. Prior to this, Catriona was Group Finance Director at Peabody. She started her career at Ernst & Young. She has been a Board Member of a number of housing associations. Email Phil: phil.day@guinness.org.uk
Phil is a qualified chartered accountant who has worked in the housing sector for 18 years. Phil is currently a member of the National Housing Federation’s Finance Policy Advisory Group (FPAG) and previously served as Chair of the Risk and Audit Committee at Settle (previously North Hertfordshire Homes). Prior to joining Guinness Phil has worked in Executive Director positions at RHP and Thrive Homes. 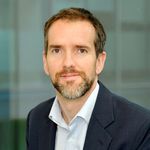 Email Ian: ian.joynson@guinness.org.uk
Ian joined Guinness in September 2014 and is responsible for asset management, including asset strategy and compliance, responsive and planned maintenance, and health and safety. He is a qualified accountant and prior to joining Guinness, spent a number of years with KPMG, working with housing associations across the country. During this time Ian was seconded to the role of Interim Finance Director at Wandle.  Ian started his career at the Housing Corporation. 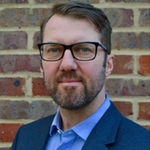 Email Trafford: trafford.wilson@guinness.org.uk
Trafford joined Guinness in August 2019 and is responsible for ensuring Guinness delivers great service to our customers across all our contact channels. Trafford joined Guinness after 12 years at BT, during which he led both the customer contact and field service teams. He has a strong background in customer experience and customer service operations, as well as experience in both finance and engineering within the public and private sectors. Trafford is also a Vice President of the Institute of Customer Service. Email Jon: jon.milburn@guinness.org.uk
Jon joined Guinness in 2011 and leads Guinness’s programme of building new homes and estate regeneration. Prior to this, he held a number of property development and project management roles across the private and voluntary sectors, including Group Development Director at Horizon.  Jon was a Board member of Rosebery HA until September 2016. 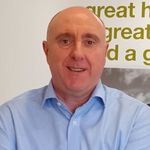 Email Paul: paul.love@guinness.org.uk
Paul joined Guinness in 2017 as Director of Finance.  He has over 20 years’ experience in the public and not for profit sector, including housing and care, in both executive and board roles. 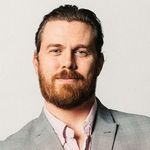 Email Kevin: kevin.williams@guinness.org.uk
Kevin joined Guinness on our merger with Wulvern in early 2017 as Director of Asset & Growth Strategy. He moved into his new Executive Director role in Commercial Services in January 2021. Kevin is also a Board member of Halton Housing.