Aspiring Olympic athlete Ahmed, used his Aspire Award to pay for his kit and equipment to help him fuilfil his medal winning ambition.

At the age of 9, Ahmed left Somalia with his family for Kenya, where he was invited to join the Refugee Athletics Team. He was then among a handful of outstanding refugee athletes who were picked to run in the International Association of Athletics Federation (IAAF) World Championships held in London in 2017.

Despite only being in training for three months and never having raced at an international level, Ahmed completed the 800m race in less than two minutes, which he then beat again just weeks later, achieving a personal best of 1:48:98 at the British Milers Club Grand Prix.

In 2017, Ahmed was granted asylum, moving to his new home of Sheffield. Ahmed lives at Guinness’ Sheffield Foyer estate which provides safe, affordable housing for disadvantaged young people, as well as training, education and support. To help Ahmed to achieve his potential he was also awarded Aspire Award funding to help pay for his running kit which has helped boost his dedication, ability and passion for sport.

I have nothing but admiration for Ahmed’s dedication. He is only three seconds short of being awarded a professional contract and I know he will work as hard as it takes to get there. He asks for very little, but needed some running shoes, we were able to secure him a Guinness Aspire Award so he can continue training and hopefully achieve a new personal best.

How to apply for an Aspire Award

You can apply for an award by completing an application form. You’ll need to let us know exactly what you want the funding for, so make sure you’ve found the course you want to complete, how much the equipment you need will be, or what your community project will cost. 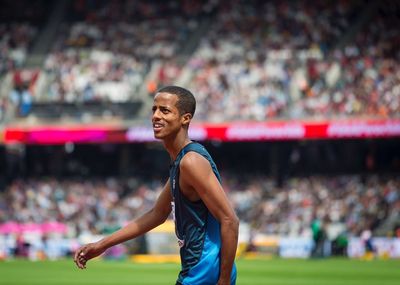