Launch of the ‘Hidden No More’ report

Yesterday, some of the team who specialise in dementia care attended the All-Party Parliamentary Groups (APPG) launch of the Hidden No More – Dementia and Disability report. 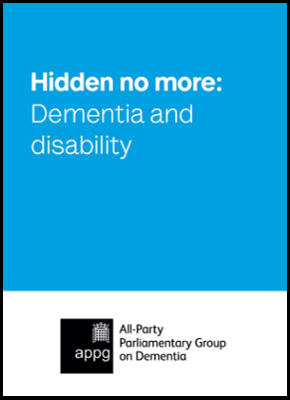 Chaired by Debbie Abrahams, MP and Baroness Greengross, the event recognised the incredible response from the public for evidence. Over 2,500 submissions were received, many of which came from people living with dementia and their carers to tell their first-hand experience of being affected by dementia.

To reflect the work that Guinness had been doing to support its customers, Guinness also submitted written evidence, detailing how dementia affects the lives of those living with it every day and how our care services have been adapted to better support those affected.

The APPG inquiry hoped to understand the human impact that dementia – as a disability – has on those living with it. In particular, the report focuses on issues of equality, discrimination, participation and inclusion.

An overwhelming number of people who responded to the inquiry reported that they see dementia as a disability but feel that society is failing to uphold the legal rights of people with dementia and feel increasingly overlooked or marginalised as a result.

Key statistics from the report

Guinness recognised as an example of best practice

Housing is one of the key areas explored within the report alongside employment, social protection, social care and community life. Guinness’s dementia-friendly design guide was cited as best practice when it comes to helping support and home those living with dementia. 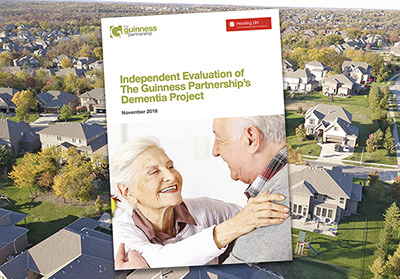 The design guide was developed through extensive research to help ensure building design can better support those living with dementia, as well as provide a more comfortable, and comforting, environment for people with dementia to live. These principles have now been shared with building developers and housing associations across the UK and are being used to provide better quality accommodation for those with dementia.

At Guinness, we feel that as a major provider of social housing, we have a responsibility to do everything we can to prepare for a future with more people living with dementia. We’re proud to have been able to contribute to this report and be recognised for our work to better support those living with dementia through improved care and building design.

By sharing this insight we hope to take another positive step towards helping guide more organisations and individuals to better understand what is needed to enable people to continue living independently with dementia.