We recently unveiled a plaque honouring the bravery of a Second World War British Agent at the site of her Guinness home. 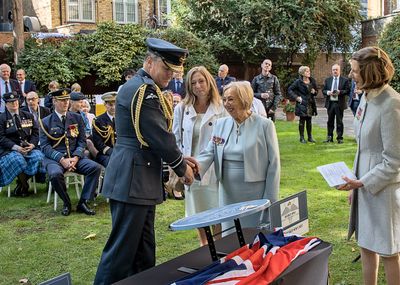 The plaque was an initiative by the Secret WW2 Learning Network, a charity which aims to create greater awareness of the people who took part in allied special operations during the Second World War.

An agent of the F (French) section, Special Operations Executive Yvonne Cormeau, codename Annette, lived at our Holbein House building in Chelsea from 1957 to 1988.

Operators carried cumbersome radio sets concealed in suitcases, and when transmitting were liable to radio detection by the enemy. At one point in the war, radio operators were being arrested after only six weeks or so in the field.

Yet Yvonne was never captured and returned home in August 1944, having sent over 400 coded messages to help the Allied war effort.  Yvonne lived to the age of 88 and was awarded an MBE, as well as the French honours, the Légion d’Honneur and the Croix de Guerre. 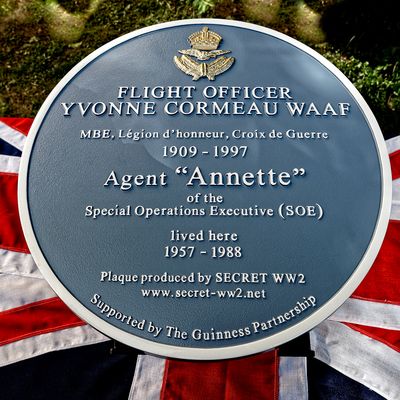 Jon Milburn, said: “It’s hard to imagine what Yvonne and others like her must have gone through, but it’s important that their sacrifice is not forgotten, which is why we’re glad we could help commemorate her bravery in this way.

“We’ve been providing social housing to help create opportunities and improve people’s lives since 1890, so there is a lot of history in our homes – it’s great to see it highlighted like this and to recognise the remarkable achievement of one our residents.”

To find out more about the Secret WW2 Learning Network, take a look at their website.